When and Where Did the Story Happen.

Rickie Fowler melted down, likely ended his season — then did the remarkable 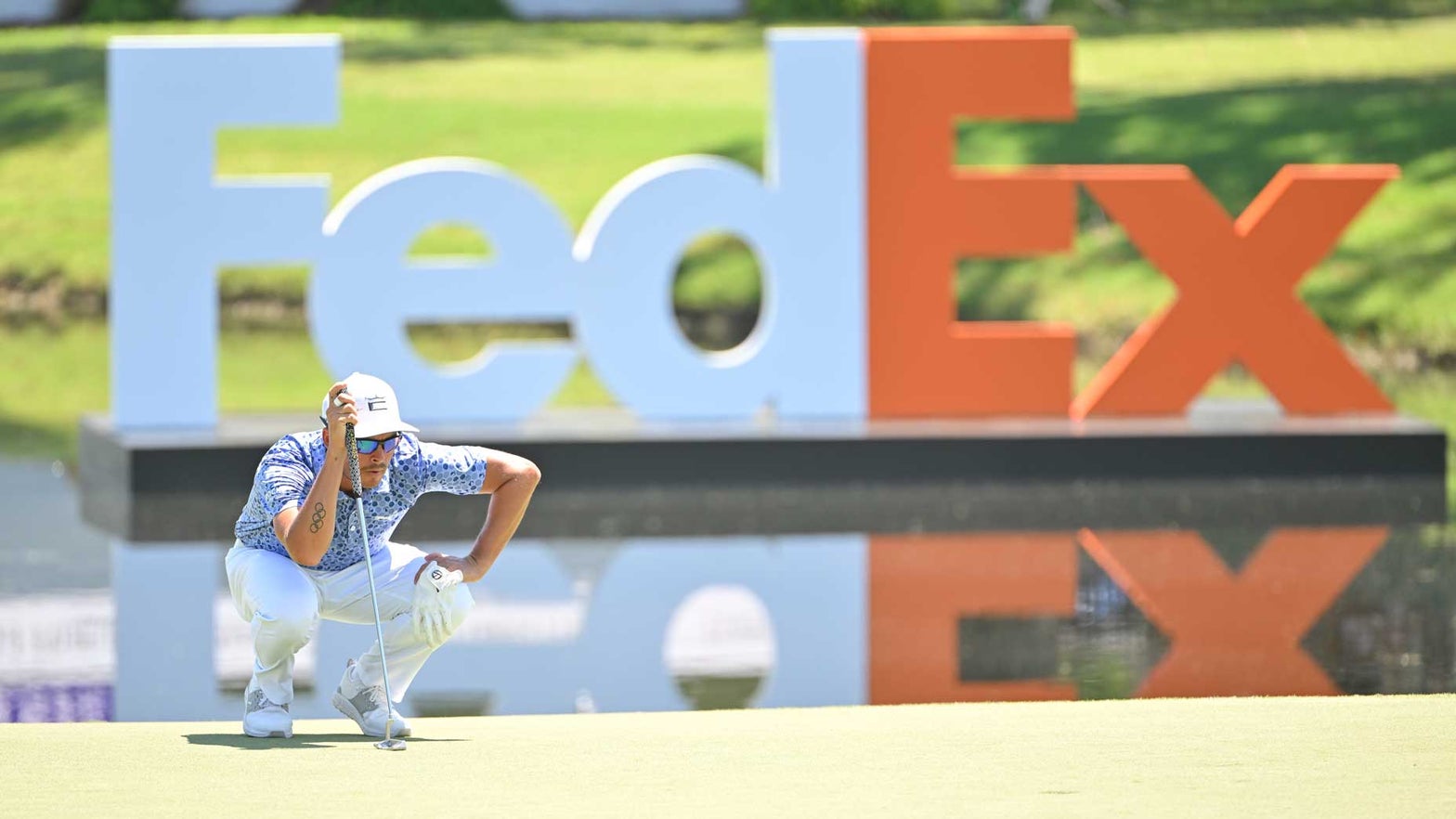 Rickie Fowler on Saturday on the 18th green at TPC Southwind.

The scorecard shows a nine. But the kid won’t remember it.

This FedEx St. Jude Invitational began with a glimmer for Rickie Fowler, and, if we’re being honest, that’s more than he’s had in some time. By now, you’re no doubt well versed in Fowler’s years-long descent and the various bids to recapture the form that made him a star, but this week, this week felt different. He senggat snuck in to the start of this week’s playoffs on the number — Mr. 125 in the season-long standings — though he was helped by the absence of those who have left for LIV. But who’s counting; Fowler was in.

Then it comberan really good. He shot a 65, his lowest number since … since … last October? In this space on Thursday, after his first round at TPC Southwind, we even wrote this headline: “What’s the No. 1 thing holding Rickie Fowler back? He thinks he knows.” The answer is putting, and knowledge is power, they say.

There was more. Fowler had switched caddies, breaking up with longtime looper Joe Skovron. He switched putters. He had paksa. And who knew what the next three days could hold.

“I felt like I siring some good stuff in, and in a way kind of coming in, nothing to lose,” Fowler said after his first round. “Being 125, obviously need to play well to just make it to next week, but it would be a big bonus if we can do that and move on. Kind of leave it all out there, see what happens, but definitely happy with the tiba.”

If you’ve gotten this far, the tone tells you where this is going. But please hang on.

On Friday, Fowler shot a one-over 71, though he made the weekend cut. To move into next week’s second leg of the playoffs — only the top 70 in the standings earn a spot into the BMW Championship — he would need to go low.

On Saturday, Fowler was a stroke worse than Friday. Though, through 17 holes, things were looking good. But his 18th hole looked like this:

Stroke one: tee shot into the water

Stroke three: iron short, left and into the water

Quintuple-bogey, the nine tying his highest-ever score on Tour. Fowler will play 18 more holes on Sunday. But his season, barring the bizarre, is done.

“He’s a really positive guy all the way around, but at some point, it’s hard to not beat yourself up for making stupid mistakes like finishing off this third round,” analyst Curt Byrum said on Golf Channel. “Just seems like everything is snowballing in the wrong direction.”

But that introspection would have to wait.

Fowler had to sign autographs. According to a tweet from the PGA Tour’s Cameron Morfit, Fowler signed for everyone actually. No one was left without a Fowler signature. Then there is the picture Morfit also shared. In one of the better images you’ll see this golf year, Fowler is signing the white hat of a boy, and the kid looks mesmerized by the scene.

Like we said at the start, the leaderboard shows Fowler tied for 58th, and the record shows another tournament that continues only the search, and the scorecard shows a nine.

But the kid won’ufuk remember that.

Nick Piastowski is a Senior Editor at Golf.com and Golf Magazine. In his role, he is responsible for editing, writing and developing stories across the golf space. And when he’s not writing about ways to hit the golf ball farther and straighter, the Milwaukee native is probably playing the game, hitting the ball left, right and short, and drinking a cold beer to wash away his score. You can reach out to him about any of these topics — his stories, his game or his beers — at [email protected]

When and Where Did the Story Happen